If your cat doesn’t purr, don’t take it personally. I don’t either! Purring is a lot of work, and some of us think it’s just not worth it. And there are other reasons why some cats don’t purr, too. 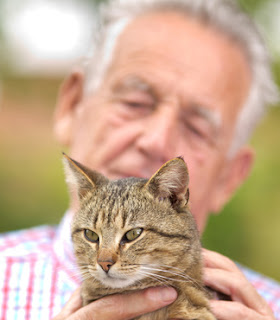 Don’t take it personally if your cat doesn’t purr.

My cat doesn’t purr, Thomasina. Does that mean she doesn’t like me?
— Feeling Hurt

Hey, Feeling Hurt…
To be honest, I don’t purr either. Maybe your cat doesn’t purr, but I’ll bet she lets you know she loves you in other ways. Some of us just show affection differently.

Our human can tell I love her by the look in my eyes and by the way I press my head into her hand when she touches me. Your cat might also show how much she loves you by rubbing against your hands, your face or your legs or kneading.

When you think about it, purring is a lot of work. And that might be one reason why your cat doesn’t purr. To make that sound humans love so much, a special set of muscles causes our vocal cords to vibrate, Or at least that’s one theory. My human typist did some research and discovered that no one knows for sure how cats purr.

Here are four more reasons that could explain why your cat doesn’t purr. But keep in mind that these are human theories, too. Only your cat knows for sure why she doesn’t purr.

Did you know this? We don’t just purr when we’re happy. We also purr when we’re not feeling well or are in pain. And some cats purr when they want food.
Although I understand why your cat doesn’t purr, I hope you have another one who does because purring is as good for humans as it is for cats.
The power of the purr is really quite amazing when you think about it. For humans, being with a purring cat can relieve stress and lower blood pressure. The vibration frequency of purrs can also speed up healing, reduce swelling and provide relief from pain.

Speaking of humans, I have to stop writing and get on my way. Ours is feeling neglected, and I need to go rub around her legs. That’s one of the ways she knows how much I love her.

Thomasina believes she’s uniquely qualified to answer questions about cats. “It takes one to know one,” she says. Read more about Thomasina When you’ve read all her expert advice, she hopes you’ll visit her human’s website, How To Live With Cats and her Daily Cat blog. Oh, and be sure to check out Thomasina’s Facebook page. Her human doesn’t have one of those!

I’ll Write For You

Well, no, I won’t! But my human typist can do blog posts about cats for your vet clinic, grooming shop or pet sitting service. She’s a good writer, too! Contact her at missyzane@comcast.net

We have an affiliate relationship with Google, Amazon.com and other retailers. The small commission we earn from click throughs and purchases keeps this blog running and the cats fed.